Sign the petition and pass this around your work colleagues, sub-contractors, clients, family and friends – help us stop van crime and tool theft!

One of the biggest fears for the modern van owner is the threat of theft.

Purchasing the best locks on the market won’t even provide a foolproof asset protection, and yet, it’s completely unfeasible to expect a busy tradesperson to lug tools back and forth from their secure garage/house on a daily basis.

What’s worse, is most van owners will know someone who has been through the ordeal of stolen property from right under their nose.

Recent surveys indicate that 51% of UK builders have had tools stolen from within their van and unsurprisingly this is having a huge negative impact on the trade industry.

Tool theft claims have gone up by over 15% and that the claims themselves have risen too, now averaging around £1,692.

71% of those who have experienced their tools being stolen, said it has caused them stress and anxiety.

One in ten have also said it has caused “reputational damage” with their customers, ultimately putting their business and career at risk through no fault of their own.

Heating engineer, Peter Booth (aka Twitter’s @pbplumber), had enough which is why he’s coined the hashtag #noVANber on social media which started circulation on November 1st.

Driving it forward with the help from MP Nicky Morgan, Booth has set up a petition to try and focus a campaign on revamping the existing legislation surrounding the sentencing of van crime perpetrators and taking a more careful look at the regulations in place when it comes to the reselling of tools.

As well as this, Booth is looking at getting compensation orders introduced which would involve the perpetrator to pay back the value of the missing items, a law enforcement technique which is not currently being used for van crime and yet could provide such a simple deterrent solution.

The #noVANber campaign is spreading across social media and the petition could help save tradespeople hundreds and thousands of pounds every year.

With the petition already long past the minimum 24,000 signatures mark, the government will now be required to respond on the matter.

However, the campaign aims to get to a whopping 100,000 signatures, which would require the petition to be considered for debate in parliament.

While 100,000 signatures sound like a lot, that is a small portion of the country’s tradespeople and businesses and will really help get the industry’s voice heard once and for all.

Sign the petition and pass this around your work colleagues, sub-contractors, clients, family and friends.

With backing from Trust-a-Trader and TradesTalk, the conversation is growing on social media every day and the hope is that the petition will reach 100,000 signatures in November alone!

The #noVANber campaign has the potential to get people talking about the way these crimes are being dealt with disproportionately in comparison to other theft crime.

It is vital that we work together as an industry to encourage the government to take a closer look and help save huge amounts of money, time and stress for tradespeople every year. 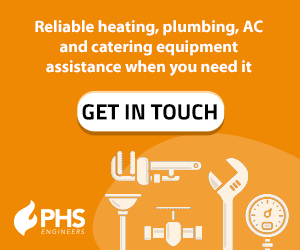